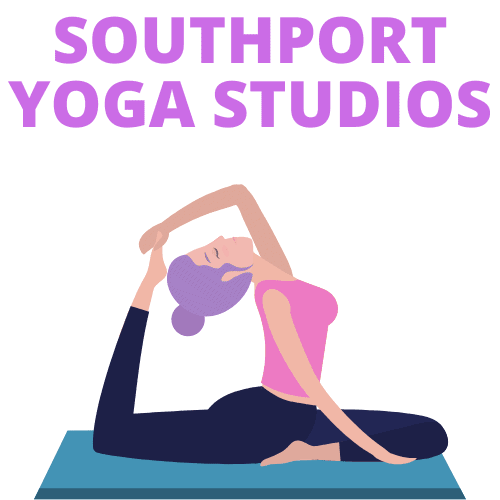 Looking for a Yoga Studio in Southport on the Gold Coast? We’ve got your Asanas covered with 5 of the best yoga studios around Southport.

All of these Southport Yoga studios cover various types of yoga: General, Hatha, Restorative and Yin. Some even include chanting, meditation and devotional prayer.

Best of all – we’ve tried them all! So you’ll get our first-hand experience, unbias advice and these aren’t in any particular order.

Located on Scarborough St near the TAFE building, The Pure Yoga is headed by Nubia De Morais from Brazil. This studio has been running since 2014 at its current location, though it moved one building across the road to nicer premises.

There are various styles of yoga on offer with their weekly timetable:

Their timetable is routinely updated online and via their Facebook page.

The yoga studio with the best reviews in Southport goes to Soul Centre. This is a remarkable studio though isn’t in the city centre. It’s ideal with those have a car since you’ll need to head to the Brickworks Markets.

Some of the most experienced yoga teachers on the Gold Coast teach at Soul Centre. After all, it’s the most well-known studio in the CBD area and caters for many who live in surrounding suburbs like Surfers Paradise, Bundall and Benowa.

Not only do they run an extensive timetable and class schedule including Pilates and Barre, you can also join one of their retreats to India. Better yet – become a teacher yourself with their Teacher Training classes.

The home for yoga teacher training in Southport is Shanti Yoga. In the same spot for many years, Shanti Gowans has been helping many domestic and international students learn about yoga and become teachers.

Her studio operates predominantly as a school during the day and turns into a fantastic studio at night. There is space for 30+ mats where yogis and yoginis can really stretch out on the wooden floors.

Interested in Kirtan in Southport? Then Shanti Yoga has you covered with weekly devotional chants in circles which are free and open to the public.

Who doesn’t love to get a bit hot a sweaty? This is the Gold Coast after all.

Bikram Yoga Southport does exactly what the name implies – providing classes every day of the week to those who love to follow the exact sequence in searing heat.

Catering to both beginners and experienced practitioners, this yoga studio at 1 Pirelli St Southport provides the lowest price yoga classes around. If you can handle the heat, then head along for a class real soon.

Did you know that the Australian School of Meditation and Yoga runs a weekly yoga class and devotional Kirtan every Monday? Held at the Community Centre on Lawson St, their community-price yoga of just $6 provides a full hour of Asana practice and some mala meditation and chanting.

While the rest of the studios on this list are fantastic, the venue for this isn’t so good. Case in point: There are no windows! Some people feel trapped apart from the airconditioning and one main door.

They make this up by the offering of free yoga mats to all students for the session including cushions. This place is cash only and is run on a volunteer basis. At $6, this is easily the cheapest yoga in Southport QLD for those on a budget. Popular with university students.

While the Southern end of the Gold Coast is spoilt for choice, Southport does have its options to suit all Queenslanders and travellers.

These studios all have strong reviews while their teachers have years of experience on the mat. We look forward to seeing you along at a class real soon.