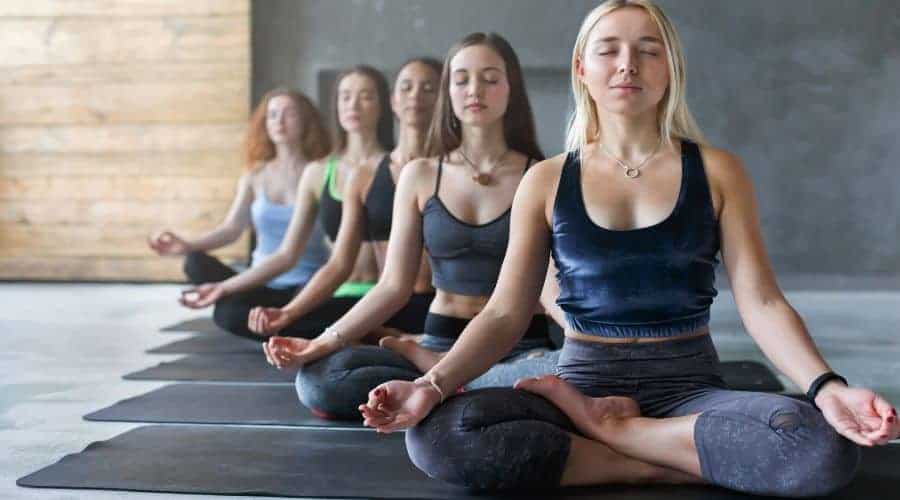 The Sunshine Coast is known for its beaches, good vibes and yoga but what are the best yoga studios in the area? We’ve done the research right here!

Essentially we’ve looked at central Sunshine Coast. If you’re looking for Caloundra or Noosa, then this isn’t for you as we’ve written other articles.

By the way, welcome! Yocean Yogi is an Australian company who sells some of the most beautiful yoga accessories in the market. We may have just what you’re searching for.

We considered which suburbs that we wanted for this roundup and they were Buderim, Maroochydore, Twin Waters, Mooloolaba and Minyama.

Essentially these are the most central suburbs where you’ll find the better yoga studios. Sometimes though if you head 10 minutes out you’ll find studios which have a strong following yet very little on social media.

Yet we’ve done our best to comb what the region is offering to yogis and yoginis. Through evaluating the local Facebook groups and looking at online reviews, we’ve seen a trend.

The very best yoga studio in the Sunshine Coast in our humble opinion is Yoga Vida. It’s a nurturing experience inside and they also run outdoor yoga sessions given how nice the climate is.

You’ll find them at 177 Brisbane Road and they’ve been in this space for almost 15 years now. On offer is a massive yoga studio that’s welcoming of both new and experienced yogis in the region.

The timetable is very good and caters for the early morning, mid morning, afternoon and evening crowds. They also run regular workshops and meditation evenings for everyone to attend.

There are several Bikram Yoga studios on the Sunshine Coast that we really like. One of our favourites happens to be Phoenix Yoga and we’ve ranked them favourably on this list.

Perhaps you’re looking for something more relaxed? Well they also offer unheated classes as well as workshops and events where you can make some likeminded local friends in the yoga scene.

Sometimes you’re seeking a place that isn’t full of people. Perhaps you’re new to yoga and are unsure, and the thought of having 30 random people in the same room as you pulling backbends and headstands seems a bit awkward when you can’t even touch your toes. If that’s you, then Akasha Physio & Yoga is exactly the place for you.

It’s a great sanctuary where you can relax knowing that there’s only a few other people in this safe space at any one time. We recommend that you get there early or even book in advance to ensure you’ll get first dibs on a comfortable spot on the floor. It’s more-so the slow flow and yin yoga forms on offer here.

If you’re looking for hot hatha yoga (but not straight out bikram) then Yogi Studio is a magical place. It’s located in Marcoola Beach Resort and there is plenty of guest parking for you there.

Because they serve the tourist crowd, you’re less likely to find locals but inheritly some do come along. Their classes run for up to 90 minutes so allow space afterwards if you have follow up appointments. After all, this is yoga so who is rushing!

The last on our list is worth the mention. This is definitely not the Instagram haven that you’d found up in Noosa. Oh no! This is just pure yoga without pretending to be anything else.

It’s a great place for those easing their way into yoga and is popular with the older crowd. Lyn has been running this place for years and years with several yoga and meditation classes on each week. She is perhaps the longest teaching yoga teacher anywhere in Queensland given her credentials (she’s been studying yoga since 1975…) long before yoga was even popular.

There we have it! We haven’t listed all the studios here but just those that you should definitely check out. We recommend, given the options you have, that you take up the casual pass offers and try these yoga studios out for a few times. Then you can decide upon getting a monthly payment plan.

Either way – yoga isn’t a race. It’s a journey. Don’t be daunted by your first experience as many people started out just like you.