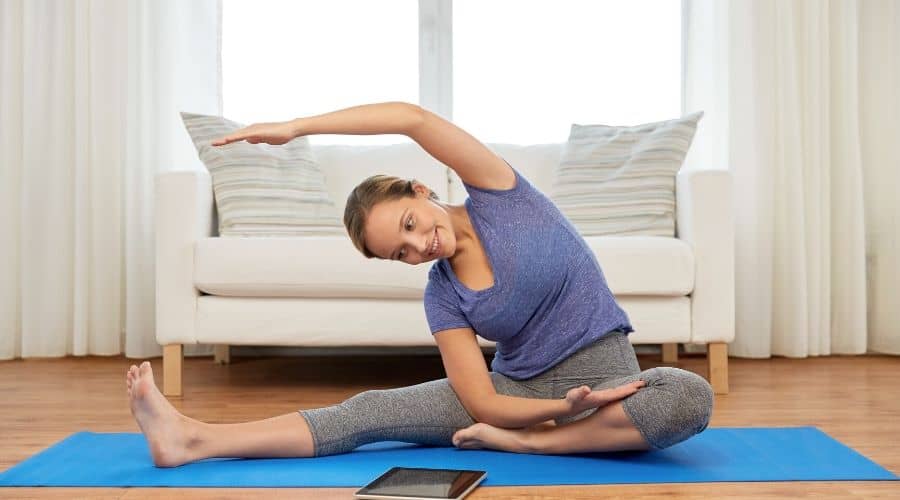 Yogitoes Towel is one that we recently purchased. In this review, we’ll unpack everything you need to know about using this product.

One thing we’re big on here at Yocean Yogi is sustainability in the holistic healing space. Where’s the value in healing our lives if we aren’t healing the environment too? When we come across a company who puts such values first, we’re excited.

And thus, this adventure was born.

The towel itself is very good quality despite being made from recycled plastic water bottles. There aren’t any harmful dyes that you would otherwise find in mainstream yoga products. After all, those products are from Chinese factories.

One great advantage is that the Yogitoes towel is skidless. There are hundreds of small silicone nodules that stop it from slipping even in the most aggressive of asanas. The towel itself is made from nylon and polyester blend while being perfectly washable.

Now, do you need one? Not really…but with so many funky designs and styles on offer…you’ll easily want one! If not for the simple fact that this towel will stop you slipping around meaning you can hold those asanas for much longer.

As with any good yogi, you’re probably collecting quite a few props for your quiver. If that’s the case – we wouldn’t go past this towel at all.

Manduka makes Yogitoes and they hold the patent on the technology found within the towel. Therefore, you’re just not going to find the same pattern or material makeup in any other towel on the market.

It doesn’t surprise us that Manduka makes these towels. After all, they have high ethics and were one of the original pioneers in the sustainability of yoga products. By using the recycled water bottles, they can use less than half the energy of the equilavent towels on the market.

Also, they stand for quality and longevity. You’ll find no lead or other heavy materials in their products and they aspire to always have their products outlasting the lifetime of the consumer. That’s ethics that we’ll stand by!

Benefits of the Towel

The towel has quite a number of benefits:

All these benefits are what ultimately what got us across the line to purchase the towel. The thing that held us back? The price. As the biggest complaints go…The Yogitoes towel is quite expensive compared to many other similar yoga products on the market.

No one needs a yoga towel, but if you were shopping around – we believe you’ve come across one of the best offers on the market. Their blend of durability and sustainabily are closely aligned with our values too.

It’s much less likely to bunch up unlike a beach towel so you won’t be slipping and sliding around during yoga classes. In fact, this is a great way to practice yoga on carpet if you don’t want to buy a proper yoga mat.

So does this get our ticket of approval? Absolutely.